Pasta con le sarde – The national dish of Sicily. It is most associated with Sicily’s capital Palermo, but it can be found all over the island.
The flavors are a mix of sweet and sour with several key ingredients brought by the arabs around 900 AD. Notably raisins, saffron, and pine nuts.
Although the Sicilian cuisine has a lot in common with Italian cuisine, Sicilian food also has Greek, Spanish, French and Arab influences.
The Sicilian cook Mithaecus, born during 5th century BC, is credited with having brought knowledge of Sicilian gastronomy to Greece: his cookbook was the first in Greek, therefore he was the earliest cookbook author in any language whose name is known. 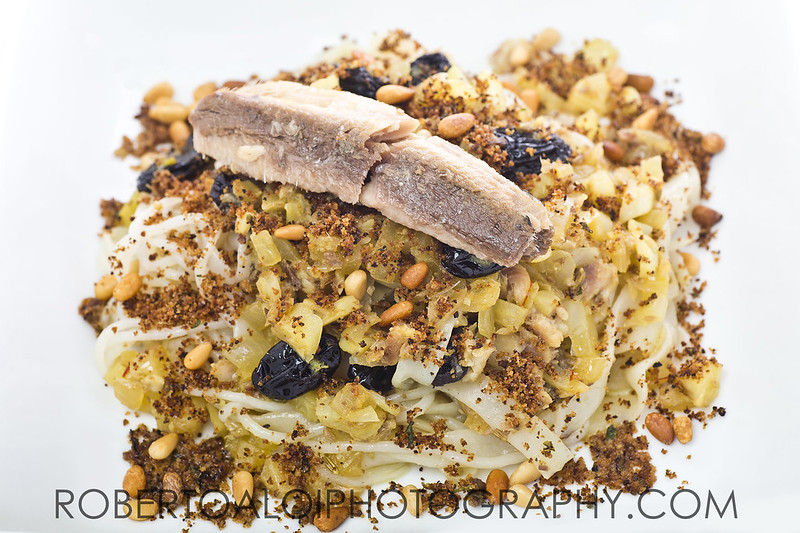