Yesterday morning was interesting. I was up at 5:00am and made coffee and quickly gathered my gear to take some photos. When I arrived at the beach the only visible lights were on the pier; otherwise the sky was dark. As my my eyes adjusted I noticed something approximately 20 feet in front of me. I assumed it was a patch of seaweed. As the sun was rising it became evident the vegetation, rocks, etc. was actually someone who was sleeping on the beach.

And I thought I would be the first one on the scene?

My goal was to take shots without any people in it. How did that work out up ask? In utter failure!

Instead the result was the following:

1. Sleeping person
2. Couple in the water
3. Man texting while holding a fishing pole
4. A boat which pulled close to the shore during the shot

All I was missing was a hot air balloon, blimp, :fill in the blank: 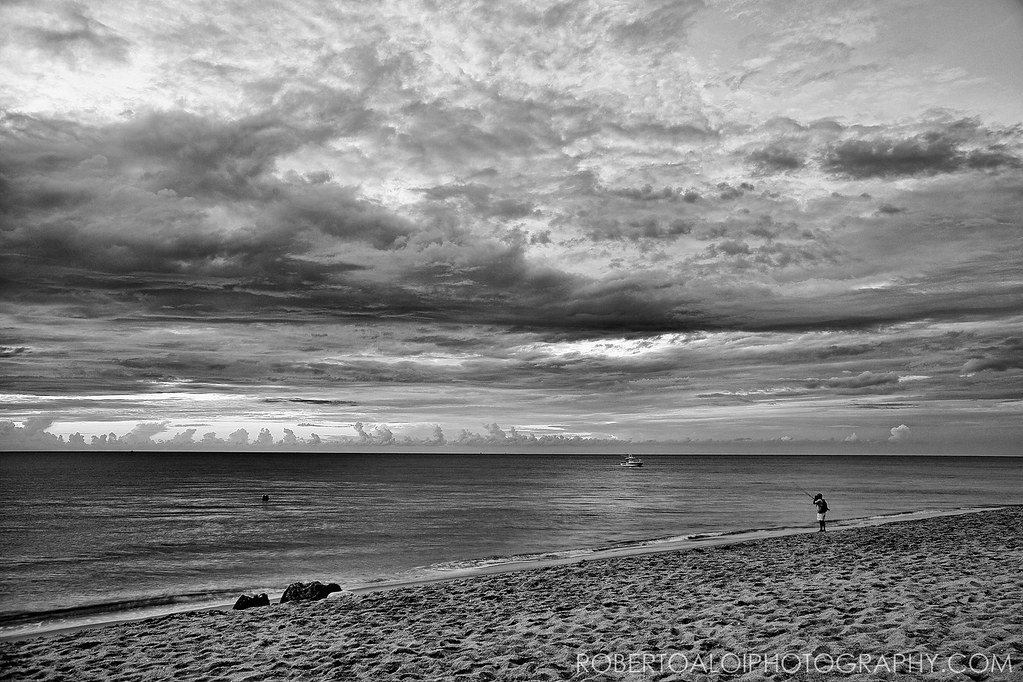 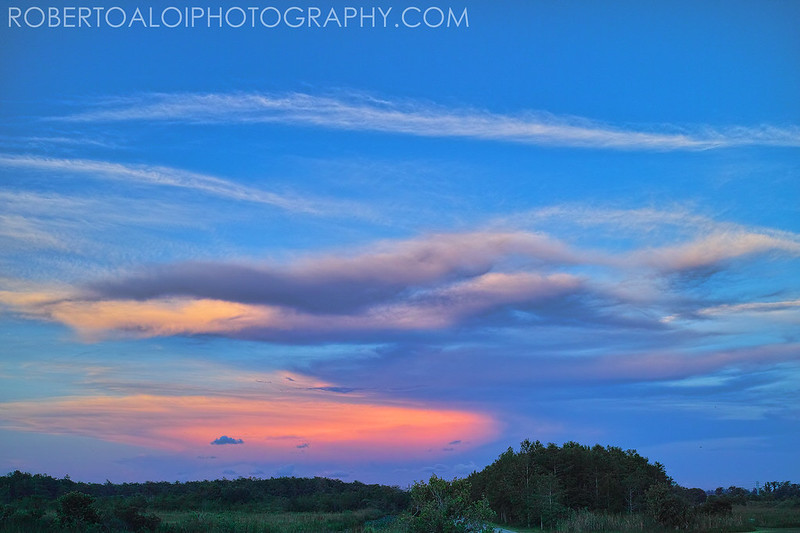