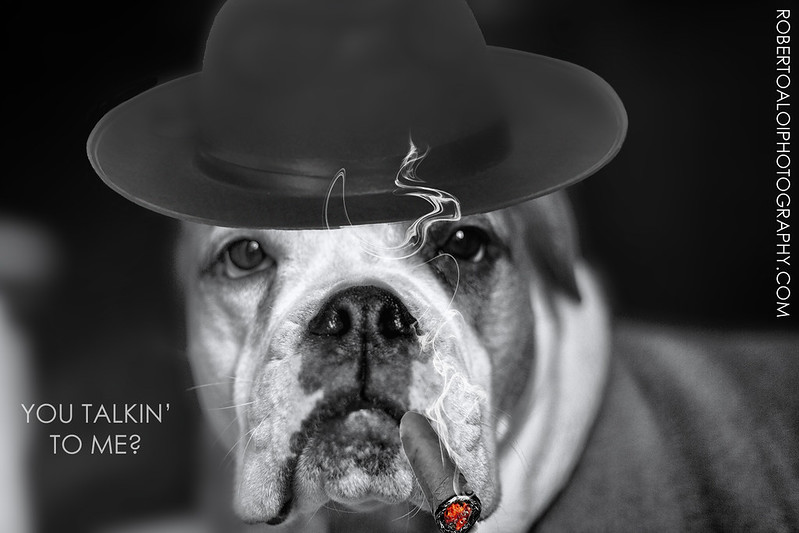 Marley is the typical bully breed. You don’t feed or walk him at specific intervals. He just doesn’t allow it. Instead Marley puts on a show of theatrics that would leave any seasoned thespian feeling somewhat inadequate.

It begins with a sigh. A very faint one. This is the stage of protest that makes it difficult to discern between the early evolution of his temper tantrum or his perpetually putrid case of the winds.

His plea starts innocently, but quickly escalates to an ear piercing bark that will have you up and ready to cater to his every need.

I’ve often wondered how we can break him of this nasty little habit; one of dozens.

I took this photo with my newly acquired 50mm 1.4 Super Takumar. I quickly knew his demeanor was perfect to portray him as the gangster he has become.